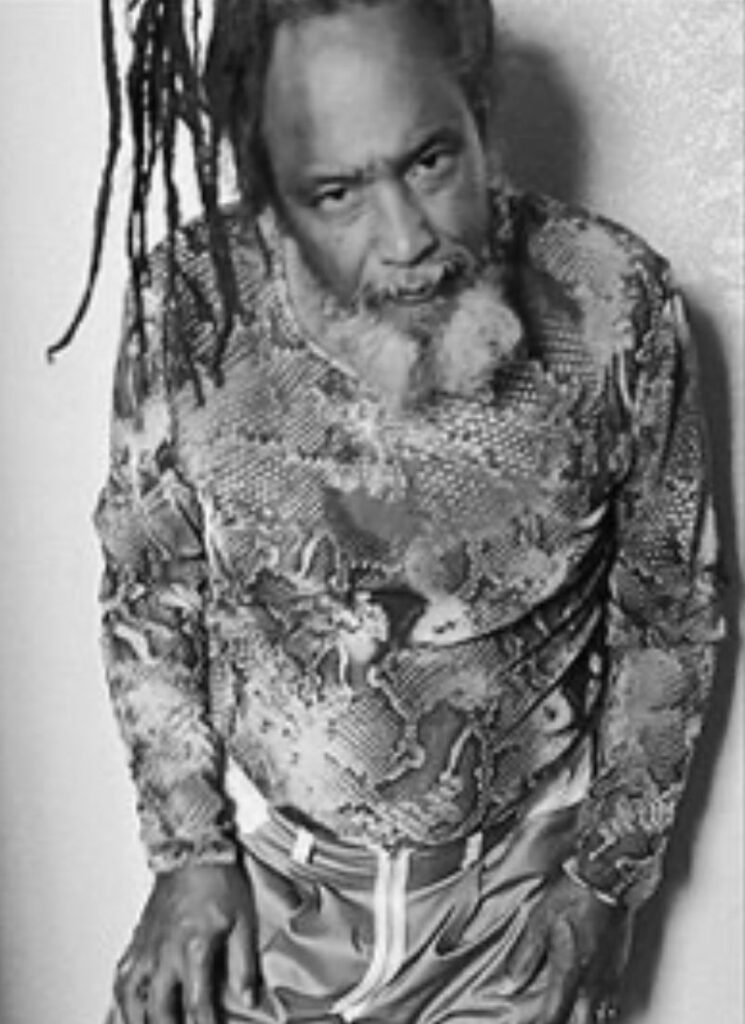 Involved in fashion since 1981, Roy Harper is an experienced designer and graphic artist. Early in Roy’s career, his work in printing and dyeing his own textiles for the label NOIR led to exceptional notice by the LA Apparel News. Thereafter, he took on private clients and produced a successful fashion show for the Los Angeles-based company DADA.

Due to personal tragedy, Roy was forced to exit the fashion industry for an extended time. In 2019, the opportunity arose for him to return to the industry. He then enrolled in the fashion program at Los Angeles Trade-Technical College (LATTC) to renew his skills. He is a LATTC Gold Thimble winner for his samurai costume design and a recipient of the Black Design Collective’s TJ Walker Scholarship.

In February 2022, Roy’s cowrie shell bustier was featured in REGARD magazine, as worn by actress Kyla Pratt. He has also been interviewed about the streetwear market for the fashion blog Alphabroder.